1.1  Background to the study

The positive result of justification is that we live for God because Christ has died for us. Good works, as the Reformers never tired of saying, are done not to earn salvation but out of gratitude for it: not out of fear lest we should be lost after all but out of joy that we are saved after all. Sanctification is the completion, not of justification, but of regeneration: holiness is the continuation and bringing to perfection (in the resurrection of believers) of the good work which God has begun by the new birth. Justification is a different kind of event altogether: regeneration and sanctification are acts of grace to change the heart and life, whereas justification is the declaration, anticipating the verdict of the last day, that the believer is in the right. Justification results in holiness because it presupposes the new birth. It is therefore also the basis of Christian assurance, the certain hope of eternal life. Assurance is not an extra blessing over and above justification, but simply the outworking of justification itself, the realization that the Spirit who inspired faith and now inspires love will continue until, in the resurrection, he has produced the full harvest of which he himself is presently the first fruits David, (2001).

Justification thus results in holiness and hope. And this proves already that the doctrine is neither immoral, nor incoherent, nor scandalous. It points back to the cross of Christ, forward to the resurrection of the Christian. It is not a fiction, a pretence or a process: it is God’s righteous declaration in the present that the person who believes in the risen Lord Jesus Christ is a member of the covenant family, whose sins have been dealt with on the cross and who is therefore assured of eternal life.

By declaring that certain people are within the covenant, the biblical doctrine of justification inevitably declares that others, at least for the moment, are not. Broadly speaking, that means unbelievers:15 Paul is concerned with the attempt to seek justification on grounds other than those set out above, grace and faith, the cross and the Spirit. The negative result of the doctrine is polemic against all spurious justification.

Imagine asking a jeweller to describe a watchspring. He might simply talk about the spring itself: he might demonstrate how it was related to the rest of the mechanism: he might even explain the value of knowing the right time, and the significance of the watchspring as part of achieving that end. Now being asked about justification is like being asked about a watchspring.1 We could confine our attention to the relevant words and concepts themselves. We could show how justification is related to other doctrines, being (as it were) wound up by some and (as it were) driving others, or we could outline God’s whole plan of salvation, and indicate the place which justification has at the heart of that plan. This distinction between different levels of explanation warns us that when we talk about justification we easily get lost in a mass of cogs and wheels and nuts and bolts—grace and faith and works and history and righteousness. We need to see how justification is related to all these—but we also need to see what it is in itself. There is no point in the jeweller telling you what a marvellous thing a watch is and leaving you with the impression that the spring is used to hang it on your watch chain. I shall therefore begin by looking at justification itself in general terms, continue with an examination of certain biblical passages, and end with some conclusions for our contemporary theology and practice.

To start with, a bare definition: justification is the declaration that somebody is in the right. It is a term borrowed from the lawcourt—that is what people mean when they say it is ‘forensic’.2 In the lawcourt, justification is the judge’s verdict in favour of one party or the other (cases in Jewish law were simply between accuser and accused, there being no Director of Public Prosecutions). The basic meaning of the term is therefore not ‘forgiveness’: a favourable verdict implies that justice, not (at this stage) mercy, is being carried out. Nor is ‘acquittal’ quite strong enough: justification has a positive sense, indicating not merely absence of guilt but a positive standing in the right. This status is termed ‘righteousness’, which in this context does not refer primarily to the character or morals of the person concerned, but simply to his status in the court on the basis of the judge’s declaration. Justification is the judge’s verdict that someone is in the right. Righteousness is the status before the court which results from that declaration.

1.2  Statement of the Problem

The central claim against which this polemic is aimed is the boast that covenant membership is for Jews and Jews only, with very few exceptions. Paul would have approved of John the Baptist’s warning against reliance on physical membership of Abraham’s family.17 Jewish birth, circumcision and possession of the law are in fact, in themselves, neither necessary (Romans 4) nor sufficient (Romans 9) qualifications for membership within the covenant. ‘Works of the law’ were not, as is usually thought, the attempt to earn salvation de novo: they were the attempt to prove, by obedience to the law given to the Jews, that one was already a member of Abraham’s family.18 Such an attempt is both misguided (because the covenant was always designed to include Gentiles as well as Jews) and impossible (because of universal sin, which the law merely showed up). The doctrine of justification therefore provides both a positive and a negative answer to the question ‘Who are the true children of Abraham?’ And that, as we shall now see in turning to the details of the biblical evidence, is the really crucial question.

1.6  Significance of the Study

The significance of this study can be viewed from the following perspectives.

2     This study is significant in the sense that it’s finding would serve as a base and framework for future researchers to carry out further studies in the field of knowledge under study.

3     The CAN, PFN, pastors, church workers would benefit from this study in view of the fact that they would learn how efficacious biblical and theological interpretation affects Christian growth and propagation of gospel

4     The outcome of this research is hoped to be of immense use to students of management since it contains information on how to improve individual or team performance and therefore, increase productivity.

In every research work, it is likely that the researcher may encounter some limitations. The researcher encountered some challenges during the period of carrying out this research. Some of these challenges include the dearth of materials for a proper and effective research work constituted a major limitation. Again, how to get the true and required information from the students through questionnaire also constituted a constraint in the study.

Finally, there was the problem of convincing the students on the primary objectives of the questionnaire so as to give the true and required information. However, the intervention of the class teachers in the schools who took time to clear the air and convince his students helped the investigator to administer the instrument successfully.

This is a premium project material and the complete research project plus questionnaires and references can be gotten at an affordable rate of N3,000 for Nigerian clients and $8 for International clients. 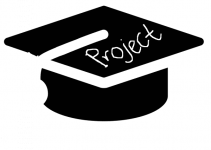