Home
Biblical Theology and CRS
Full Project – AN EXEGETICAL STUDY OF EPHESIANS 2:13-18 AND ITS IMPLICATIONS FOR INTER-TRIBAL RELATIONS IN THE CHURCH
Whatsapp or SMS - 07087083227

Full Project – AN EXEGETICAL STUDY OF EPHESIANS 2:13-18 AND ITS IMPLICATIONS FOR INTER-TRIBAL RELATIONS IN THE CHURCH

AN EXEGETICAL STUDY OF EPHESIANS 2:13-18 AND ITS IMPLICATIONS FOR INTER-TRIBAL RELATIONS IN THE CHURCH

An exegetical study of Ephesians 2:13-18 and its implications for inter-tribal relations in the church. A case study of LIFE Chapel District, Foursquare Gospel Church in Nigeria. The purpose of this study will be aimed at, identifying the various views of inter-tribal relations; theories and effects. This work also seeks to investigate issues that sprouts tribal clashes in the church. This work is to be an historical research. Instruments of research to be use will be oral interview and questionnaire administered to church leaders and individual Christians. A detailed survey of related literature will be carried out in the library of LIFE Theological Seminary, Ikorodu. The laxity of individual Christians and church who leaders who tend segregate, building a wall of partition, rather than neglecting what race or tribe an individual originates from or language differences, rather uniting the church for the edification of the society. Forthrightly, this attitude has relegated the Church which supposed to be an example of unity has been consigned. The focus of this work will involve the church in inter-tribal relations, the obligation of the church in settling tribal conflict, giving solutions the distortion and misconception of inter-tribalism, and also the responsibilities of church in aiding inter-tribal relationships for the health of the society. At the end of the work, recommendations will be made to the Church and Christians at large on the importance of inter-tribal relation.

The federation of Nigeria, as it exists today, has never really been one homogeneous country, for it is widely differing peoples and tribes (Igbo, Hausa and Yoruba) are yet to find any basis for true unity. In the society, any insistence upon relating with other tribes within the church is largely resisted by few people. The society (ethnicity, tribe and race), demands association whether be it in the church or the society at large. However, it is a common knowledge that man hates loneliness and wants to relate to people, bearing in mind that man is a dependent being, thus, inter-tribal relations becomes of utmost importance to meeting this natural desire in human. Be it as it may: man has a colossal problem of differences in ideas, values and beliefs and these differences often leads individuals to disagreement, misbehavior and sometimes lack of respect. It is of keen concern and a sorry case to see what happens these days concerning tribal relationship amongst Christians. A thorough analysis of Ephesians two (2) reveals that the church is not in any way limited to one tribe alone, be it the Jews or the gentiles. Categorically speaking, Inter tribal conflict weaves underneath its sleeve a high level of corruption that has the tendency to stunt the growth of the church both spiritually and numerically (Acts 6).

Forthrightly, intertribal relation is the act of two or more tribes coexisting together to achieve a goal or an assignment. Thus, treating one tribe better than the other is unfair and distorts the rapid attainment of organizational goal and ministerial fulfillment: at such the church leaders should frown at. People with equal needs are to be treated with equality not based on tribe. Truthfully, when expounding on the attributes of God, people tend to look at all other aspects of Gods attribute exception of His impartiality. For example, the Hellenist murmured against the Jews because their widows were neglected in daily distribution, probably meaning: in giving of sustenance to the poor and needy. This shows that partiality was, is and will be in the church bearing in mind that the church is composed of people who have different cultures, backgrounds, beliefs, values, and practices. In fact, the President of Daystar Leadership Academy (DLA) explain that partiality between tribes is the product of an under developed mind, and pointed out that if this must be change, then the mind must first change (Sam, 2017). Ethnic, tribal and social differences have been successfully used to build up or tear down communities and the society.

Conversely, every issue needs to be solved properly in the church when relating. Because, church divisions dismay and distress mature believers, disappoints new believers, causes havoc in the lives of pastor as well as their families and generally kill the life and growth of such growth. Apparently, despite the prevalence of Inter tribal conflict in churches, there are but a few academic and theological works on this topic. In Nigeria, Inter tribal relations is not a popular topic to engage people thus less attention is given to it except for some few journals. In view of this prevailing hitch, the study therefore aims at providing a lasting and workable solution to the menace of Inter tribal conflicts or war in the Church, a case study of Foursquare Gospel Church in Nigerian (LIFE Chapel District), through an exegetical study of Ephesians 2:13-1

The frictions of Inter-tribal relations in the church can never be over emphasized. It ranges from spiritual to psychological and then to the physical, thus, it affects the being of a man, and in turn affects the life stream of any organization.

Intertribal relation’ greatest problem is that it is a silent poison that if not managed well can kill a whole organization. Its subtle in its operation, it makes the favoured feel alright but yet set the unfavoured at war with the favoured and bitterness with the one showing the favour. This often leads to sects in church; it causes great division and in turn shortens Gods hand from such organization. The greatest cause of inter-tribal relations is leadership incapacity to grow his mind. Bad leadership breads inter-tribal clashes, thus if this issue is to be resolved, the leader really needs to play the lead role in relegating power to policies to run the organization.

Furthermore, it creates unhealthy competition in the church which sometimes leads to physical battle in the case where the unfavoured is not a matured Christian. It is basically giving audience to a particular tribe and not giving to others based on their appearance, marriage, style, talent, bank account, connection and others. This problem pushes victims to leave the church and maybe go to an occult to find acceptance. The show of inter-tribalism is the lack of Christ kind love. It is loving based on what such an individual can bring to the table and not based on what can be done to help such an individual. Thus a great need to solve such problem, thus the need for the research.

The antidote of Inter-tribal conflict is understanding. Inter-tribal relations have different meaning to different people. Underscoring the fact that there are limited interest in this field of study, the researchers major objective is to investigate, and explore the real reasons that gives rise to Inter-tribal war within and among the Pentecostal churches in Nigeria and present the need for a balance of equal treatment to all individual as unto the Lord. Furthermore, is:

It is believed that some of the ideas and suggestions that are brought forward in this research on the subject matter will be helpful in the following ramifications: It will help pastors and organization leaders in striking a balance in his/her relationship between his members and his ministerial duties. It will also proffer strategies for churches to solve the already existing problem of Inter-tribal relations.

This research work will benefit the Christian and Christian Leaders:

Time limitation is the obvious one. The attitudes of interviews towards the questionnaires and oral questions during the interviews might affect the actualization of the main objective of this study, but efforts will be made to make it a success.

The methodology would take the form of historical research. The researcher would go further by looking at the existing procedure or ministerial guidelines on the process of dealing with intertribal conflict in the church. Moreover, relevant books, magazine, journals, commentaries would be consulted from libraries especially LIFE Theological Seminary Library.

According to this paper it means Involving members of more than one tribe.Conducted between or involving two or more tribes.

The way in which two or more people or things are connected; a thing’s effect on or relevance to another. The various connections between peoples, countries, etc. Social, political connections or dealings between or among individuals, groups, nations, etc.

This refers to the New Testament from the church that had its birthday at Pentecost. It is a local group of believers and believers in universal fellowship.

This is a premium project material and the complete research project plus questionnaires and references can be gotten at an affordable rate of N3,000 for Nigerian clients and $8 for International clients. 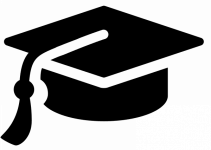